Welcome to the 78th issue of B.

I like to go shopping quite frequently. It is one of the few daily activities that can instantaneously restore my attention and enthusiasm. But sometimes, of course, it becomes exhausting—having to constantly think about what to buy and whether I will like it in the face of a myriad of products. And one day, I started to wonder: Why do so many fashion houses stop enthusing over the beauty and charm of their own creations so prematurely after crafting these beautiful items? Why do they hastily retreat even before the afterglow of success shows any hint of winding down? These questions become more mind-bending when it’s hard to understand how a certain mega trend swallows up many brands some particular season. Although reproducing the same fabulous dress or sandals from a prior season might look uninspired—and almost lazy—the pieces can still exude a timeless beauty. It seems as if I’m not alone in feeling like this, either. Recently, a growing number of Instagram tribute accounts starting with the word “old” have soared in popularity. Chock full of content about the days when Phoebe Philo was the creative director of Céline and Nicolas Ghesquière was at the helm of Balenciaga, these image archives celebrate the beauty of bygone days in their own way.

Relatively speaking, French fashion brand A.P.C. has also deftly dealt with this issue. Distancing itself from high fashion, where trends shift from moment to moment, the brand has independently established its own domain and marches to the beat of its own drum. In fact, its way of business has remained so steadfast over the years that even the term “A.P.C. spirit” came into being. Anyone who has visited an A.P.C. store would probably agree that their apparel is neither aggressive nor overstated. Whenever I step into a location, I fall into the world of A.P.C. that feels like a rare breath of fresh air amid the highly competitive fashion.

“If you have to do a coat, you have to do a coat.” This statement by A.P.C. founder Jean Touitou sums up everything about the brand. Rather than focusing on creating a “scene” to be uploaded on social media or leaving an indelible mark on the fashion history, A.P.C. devotes itself to producing clothes that can survive in closets for a long time. That’s why the brand puts basics at the center of its collection each season such as selvage denim pants, floral print dresses, cotton T-shirts, sweatshirts, and leather handbags. And the brand possesses a striking individuality that stands apart from others in that its pieces stay true to their inherent functionality: Its jeans are jeans, its shirts are shirts, and its jackets are jackets. In an era when core functionality is often neglected in the name of creativity or to adhere to some concept, A.P.C. continues to invest in meaningful explorations sinceits debut in 1987. In light of this, The New York Times declared the brand’s clothing to be “defiantly normal.”

A.P.C. clothing is often defined as “basic” for these reasons. If “basic” means a pure white T-shirt void of even one percent of a statement, A.P.C. is far from basic. In reality, A.P.C.’s “basic” is the result of meticulous calculation that is decorated with what could be called “tricks.” Just like a food that has a simple, yet mind-blowing taste. Jean Touitou himself calls A.P.C. “edited reality.” I adore and support the “complex individuals” who create easy, comfortable goods. I also hope more creators put their talent and skills to use for simple things in the future because the world is sure to become increasingly multifarious and rollicking. 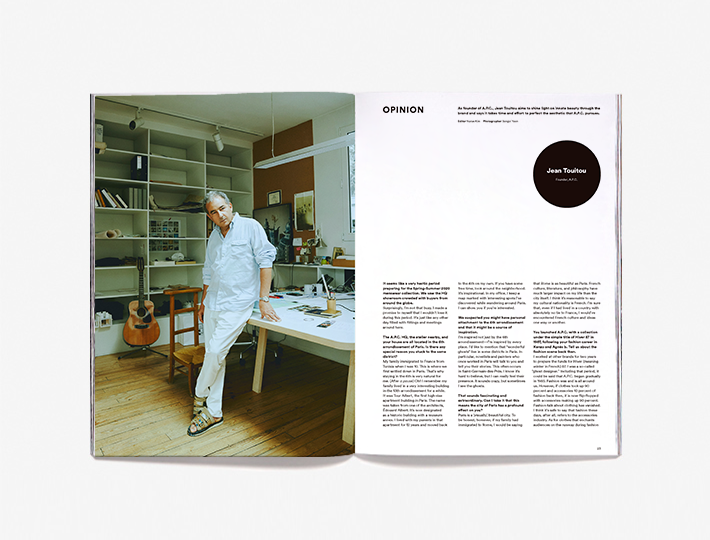 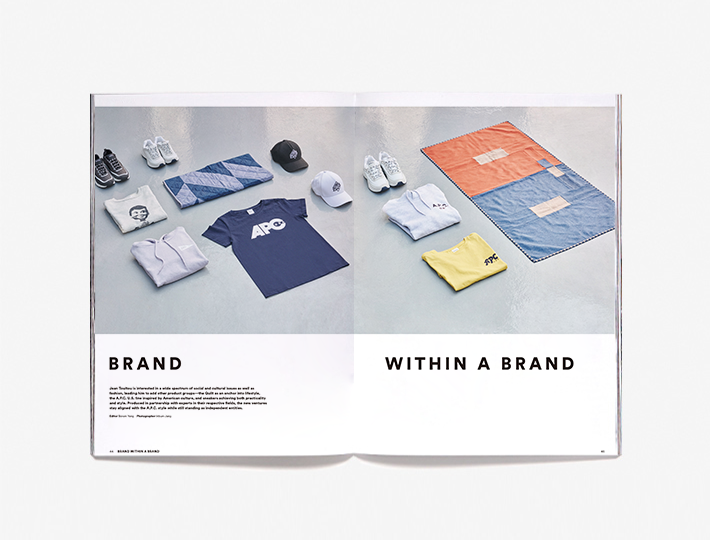 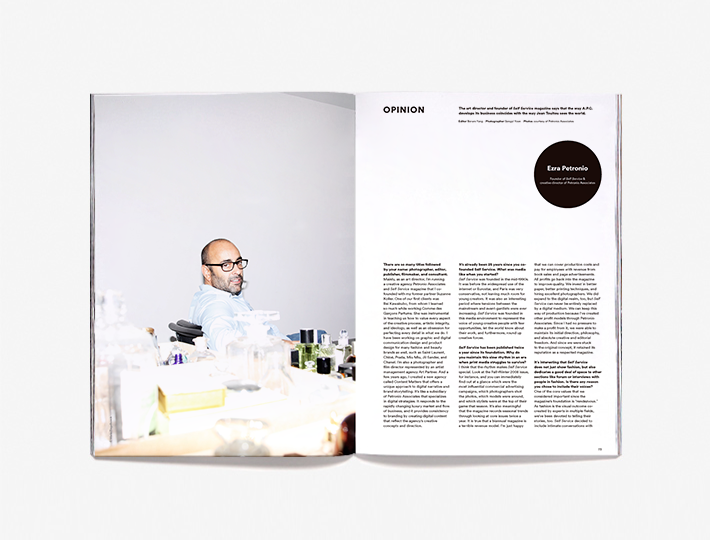 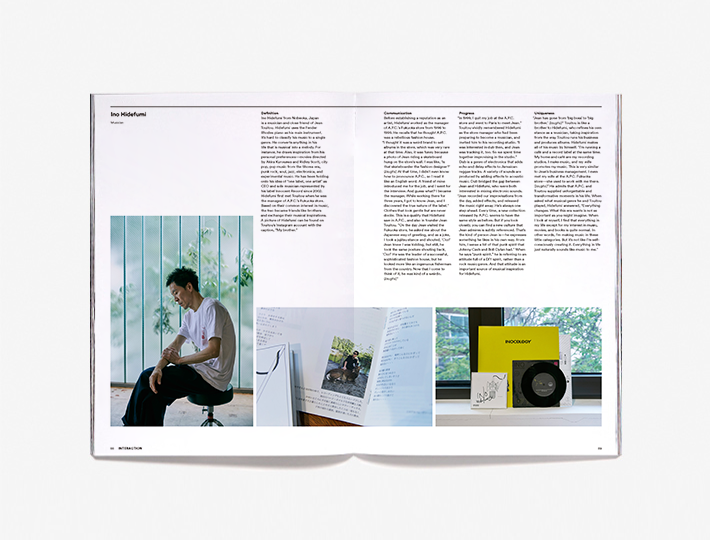 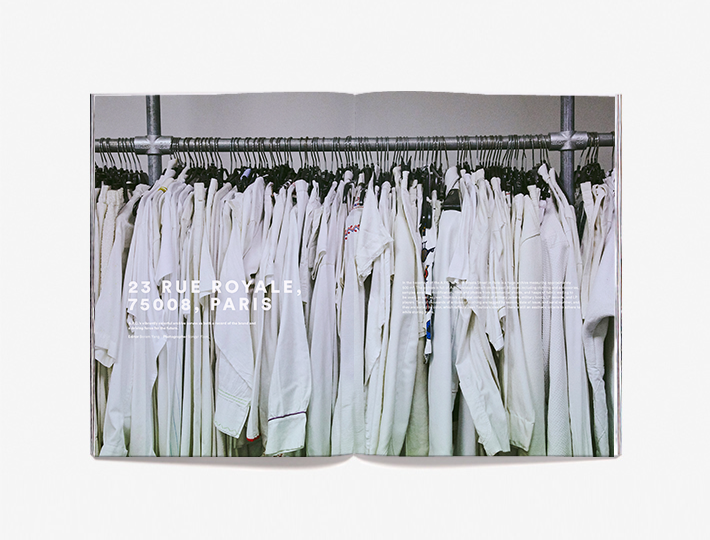 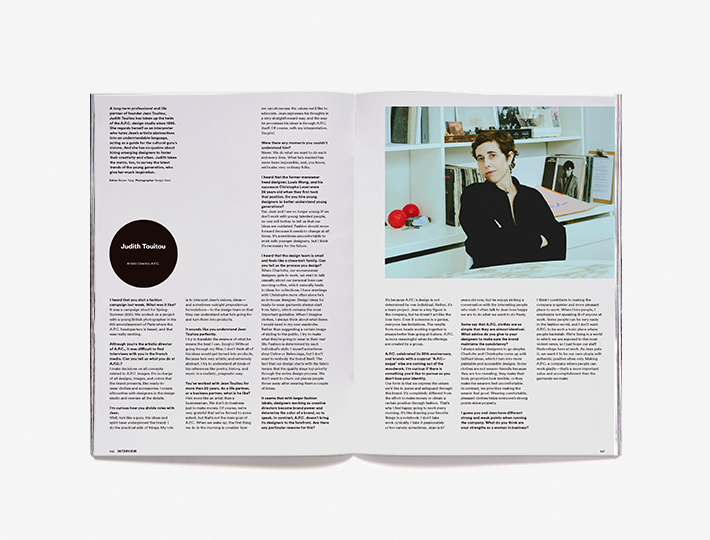 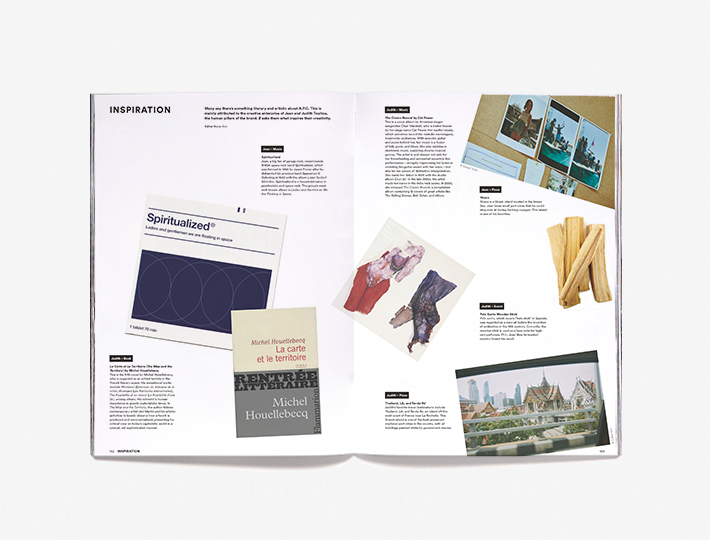 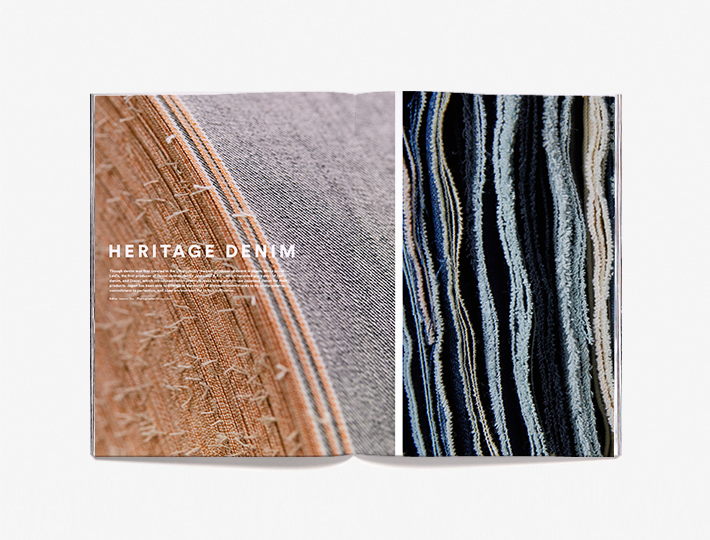 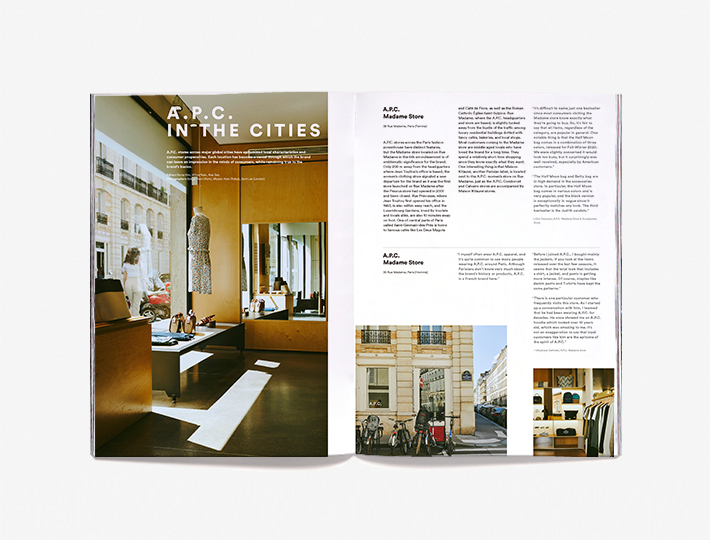 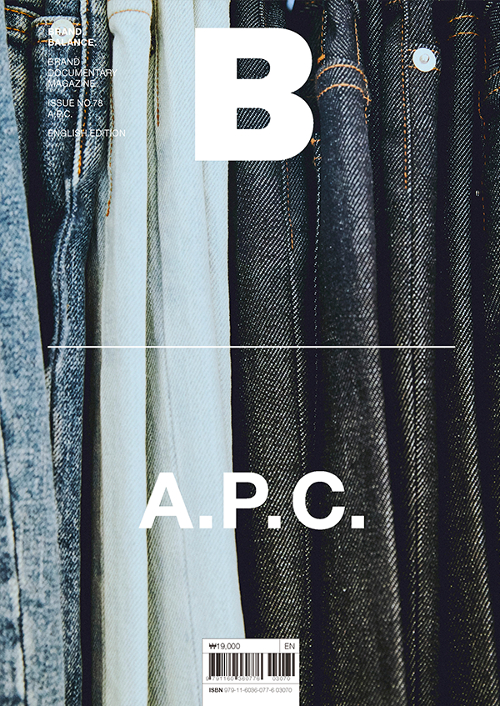